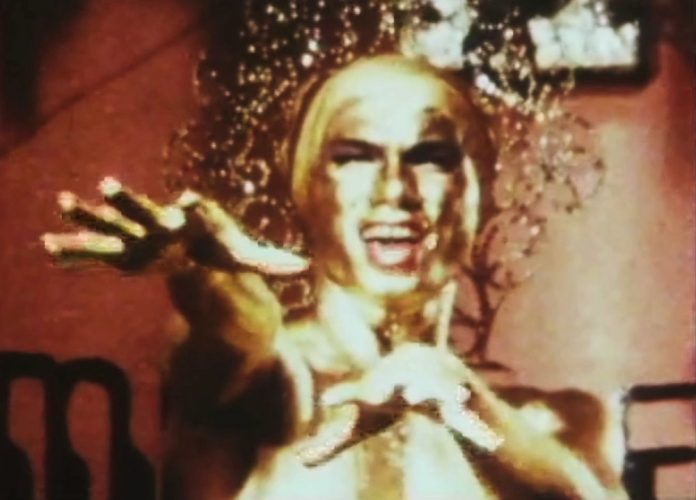 But behind the flickering lights, booming disco music, and attention-grabbing glittery outfits are real lives of real women with real lessons.

A film that goes deep into the lives of a former sex worker and her daughter in Angeles City, one of Asia’s top sex tourism destination is having its Philippine debut via the ongoing festival of Philippine documentaries – Daang Dokyu.

Dreaming in the Red Light (2019) by Pabelle Manikan intimately follows the lives of Amy and Tisay.

Amy is a single and jobless mother, who started dancing when she was just 16 after she ran away from her abusive father. She got pregnant from a German customer who she never saw again. She gave birth to her firstborn, Tisay.

Amy  hops from one odd job to another, most of them not lasting more than a month.

Tisay is the high school dropout who lost hope and motivation to finish school. She was raised by her aunt and grew up away from Amy.

Living on her own, on the other side of town, Tisay hops from one job to another and from one relationship to another, just like her mom.  She vows though she will never be like her mother because she knows how to use her brain.

The film follows their separate lives as they make small everyday choices to improve their conditions– from their work to their relationships– while remaining close to the Red Light District.

Manikan says “I hope this film will spark discussions on the situations of women and children in these communities on what can be done by the government, by private sectors and institutions to protect them.”

The film was born after Manikan’s years of visiting and filming in the infamous Red Light District of the Philippines.

“I want to get to know the women living in this area more. A lot of documentaries have been done about Angeles, particularly about the mixed-race children who are products of this sex industry, but they’re mostly done by TV broadcasters who just visit the place quicky and do interviews. They’re able to get facts but they’re not able to go beyond the surface. Instead of facts, I want to know who they are as people,” explains Manikan.

Manikan adds that she made the film from her perspective as a Filipino observing the everyday life of women in prostitution, for a long period of time.

The film is streaming for free until October 22 at DaangDokyu.com/watchnow.

Dreaming in the Red Light is part of the festival section called Taboo, which presents other stories of people who live lives that are beyond most people’s comfort zones.

“The films show and depict aspects of Philippine society that are inhibited, forbidden, transgressive, even prohibited from being discussed in polite society, but the selection bravely portrays these topics in an intimate way” explains Teddy Co, one of the festival’s curators.

Dory (2017) by Beverly Ramos is a 101-year-old trans woman who walks around the streets of Tondo, Manila, where she works as a beautician. As she faces her twilight years alone, she ponders whether her long life is a gift from God or a curse.

Oliver (1983) by Nick Deocampo follows a female impersonator who supports his family by performing in Manila’s gay bars during the Marcos dictatorship. It is one of the most compelling illustrations of the fluidity of sexuality, as well as of the power of human agency in times of hardship.

All Grown Up (2018) by Wena Sanchez closely follows the filmmaker’s teen brother as he starts a new life in college. Her brother is smart but a bit of an oddball, and he finds it hard to navigate the world like a normal teenager. As she observes his progress, however, she notices similar traits with her own daughter. This makes her question her ability to help the people she loves the most.

Invisible (2019) produced by ABS-CBN News (Docu Central) looks into the lives of 3.3 million Filipinos afflicted with mental health problems. Many of them are afraid to admit their condition for fear of being ostracized. The film tries to destigmatize mental health by taking a more optimistic approach with stories of recovery and redemption.

Mga Batang Mandirigma, by The Probe Team Documentaries, traces the roots of Khalid Dimaporo and Romina Bernardo, two Muslim youths who are studying in the U.S. This is about two individuals who are out to discover what it means to be a Muslim of their generation. Both come from prominent political clans in Mindanao and consider themselves “modern Muslims,” having been raised and exposed to different cultures in other countries.

Another festival curator, Sari Dalena, adds “These films are immersed in the lives of the marginalized, exploring subjectivity and plurality in first-person filmmaking. These are deeply personal documentary seeking to show filmmaker’s own narratives within familial memories, diasporic and queer cultural identities, and complex portraits of juveniles in detention. Not merely cinematic selfies, these first-person cinema positions itself in relation to wider societal issues and collective memories.”

The films are available for streaming until October 22.

The section also featured for a limited time only Jose Antonio Vargas’ Documented (2013), which chronicles his life us an undocumented American.

To aid audiences in navigating these uncomfortable and difficult spaces, a talkback entitled “Reality Check: Health and Identity” was organized by Daang Dokyu.

The festival is happening fully online with 55 films in its roster, categorized into five sections, which it introduces every Friday until the festival closes on November 5, 2020.

It is made possible with the support and partnership with the Office of House Deputy Speaker Loren Legarda, National Commission for Culture and the Arts, UP Film Institute, and Probe Media Foundation.

More information about the festival is available at daangdokyu.ph.