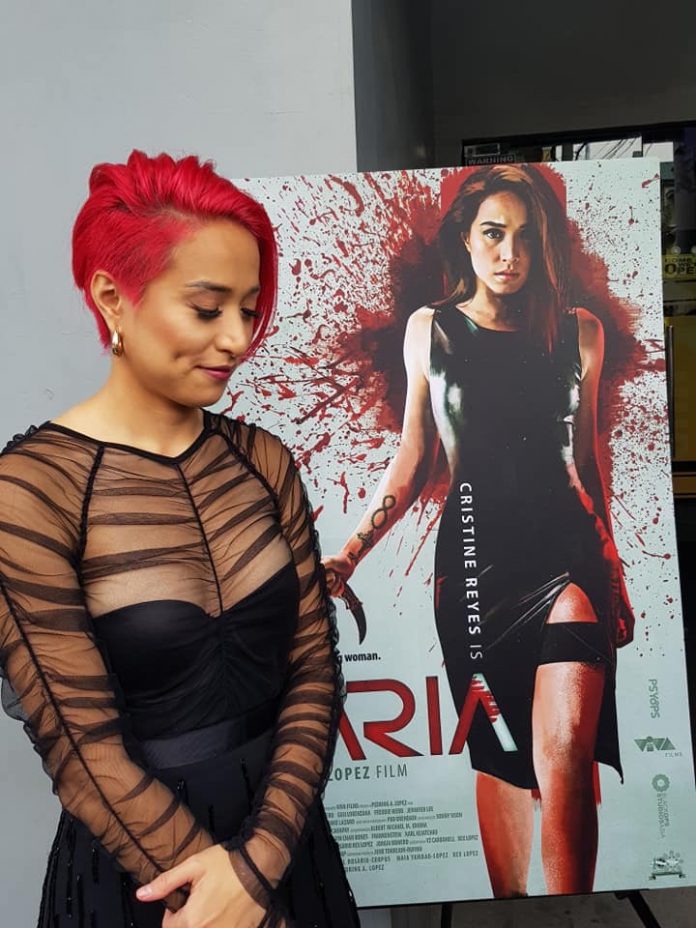 Cristine Reyes goes red—she is fierce, strong woman in ‘Maria,’ a film by Pedring Lopez. Just like her character, the actress says she becomes stronger woman after overcoming battle.

Produced by Viva Films, the film celebrates womanhood: from the darkest hours of Maria to her battle as she fights for her life. Full of action scenes, sexy actress shares that she enjoys doing such scenes, with the help of director and fight mentor.

“For me, it’s an art. Minor accident lang. I had fun doing the film.”

This is her first full-blast action film with Jennifer Lee, Ronnie Lazaro, and other stars. The lead star is confident that this film is a different kind of action, mentioning how different her character is (as assassin).