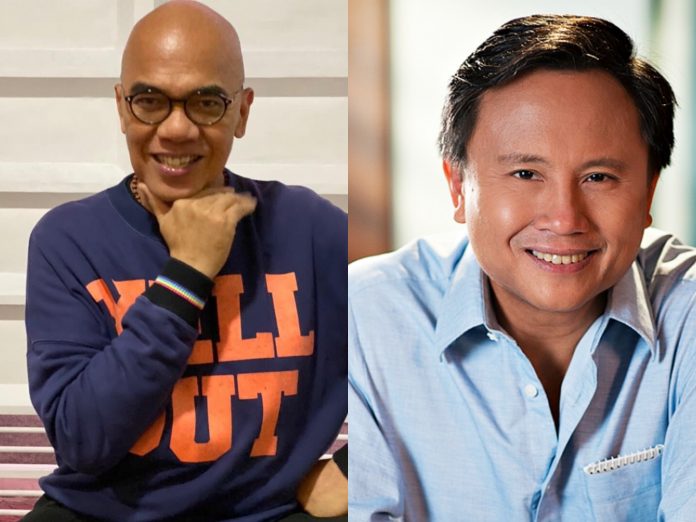 Daang Dokyu, a festival on Philippine documentaries streaming from October 2 to November 5, is giving its viewers venues for discussions moderated by some of the countries’ leading voices.

Five post-screening discussions are scheduled to discuss each of the five important subjects the film festival is presenting – ecology, nation, taboo, localities and future.

Broadcast journalist Howie Severino leads the first session to discuss films under the ecology section. This section tackles the inter-relatedness of man’s actions impinging on nature and will be screened from October 2 to 8.

He will be joined by two filmmakers whose films are part of the ecology section. They are National Artist for Film Kidlat Tahimik of the film Balikbayan #1: Memories of Overdevelopment Redux VI (2017) and environment advocate Francis Solajes of the film Balud (2014).

Also joining the discussion are UP Diliman College of Science Dean Isagani Tapang and social and cultural anthropologist Neen Sapalo.

The second session “Reality Check: Perception is Real, Truth is Not” will be led by television host Boy Abunda. The talkback, scheduled on October 10, 8:00 PM, will reflect on the films presented on the festival’s nation section.

Nation is about the conflicts and struggles from the previous century connected with the cuissues today. Daang Dokyu’s Nation section streams from October 9 to 15.

In the panel are film scholar and writer Doy Del Mundo, filmmaker Ramona Diaz, and author Nicole Curato. Del Mundo’s film Maid in Singapore (2004) is presented in this section. Diaz’ film Imelda was part of the festival’s opening lineup.

Mental health, gender and other topics considered taboo in most Filipino homes is the focus of the third section. Its talkback session is entitled “Reality Check: Off The Record: Mental Health and Identity.”

News reporter Chiara Zambrano leads this on October 17, 8:00 PM. The films under taboo section will be screened from October 16 to 22.

Focus shifts to the regions on the fourth section and talkback. Set on October 24, 8:00 PM, “Reality Check: Dagat ang Pagitan,” will talk about topographies, advocacies, perceptions, and cinematic styles coming from the teeming traditions in the Philippine regions.

The last talkback is for the future section of the festival, to be presented from October 23 – 29. Talkback title is “Reality Check: Ganito Tayo Ngayon, Paano Sila Bukas?”

Audience is up for lively discussion with artist Mae Paner, also known as Juana Change, at the helm of the talk.

Joining her are some of the filmmakers of the future section – Jet Leyco of For My Alien Friend (2019), Manuel Mesina III of Beastmode: A Social Experiment (2018), and John Torres of We Still Have to Close Our Eyes (2020). Also presenting their views are digital rights advocate Nica Dumlao and producer Quark Henares.

Aside from the talkbacks, Daang Dokyu also presents industry talks with Sundance on “Filmmaking in the Time of COVID” and Tokyo Docs and In-Docs on “International Co-production;” master classes with Prof. Nick Deocampo on “Historya ng Dokyupelikula,” GMA Network documentarists on documentary production for television; media top brass on the “State of Philippine Journalism;” and documentary filmmaking 101 with Aswang director Alyx Arumpac.

According to Kara Magsanoc-Alikpala, one of the Festival Directors, “Most of the Daang Dokyu films are not easy to watch because they raise questions we need to think about, but don’t want to.

“We want the Filipino audience to know all they can about their past, their baggage, their potential, so they become critical thinkers and ultimately activist citizens. We need our festival talks to spark more conversations.”

All the talkbacks, industry talks, and master classes will be available at Daang Dokyu’s Facebook page and Youtube channel.

It showcases the largest collection of Philippine documentaries from the past one hundred years.

The festival is made possible with the support and partnership of the Office of House Deputy Speaker Loren Legarda, National Commission for Culture and the Arts, UP Film Institute and Probe Media Foundation.