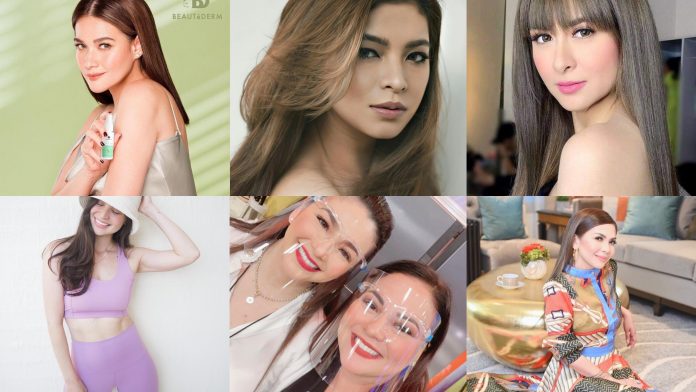 Life is tough for everyone during a pandemic. But in a crisis like this, it is women in entertainment who show extra kindness and care.

These women contributed to the “Shop and Share,” a benefit project which was relaunched at the beginning of June to the tune of P700,000 on just its opening day (dedicated for mass testing).

Recently, one of the fundraisers, Kapamilya actress Angel wrote on Facebook, “In hopes of truly flattening the curve and helping our kababayans who are most in need, in the sectors of the urban poor and working groups, we have decided it is best to donate the rest of the proceeds of Shop and Share to LGUs and an organization that now have solid COVID-19 Vaccination initiatives for members of their communities. This is in addition to the funding of COVID-19 tests conducted last year.

“The proceeds amounting to six million pesos (Php 6,000,000) are split to benefit 5 cities and an organization active in the fight against COVID-19.”

The philanthropist also shared, “These beneficiaries have reassured us that the funds we are donating will be used for Vaccinations and Testing especially for citizens on the priority list.

“Again, we thank you for your support and please know that your contributions will help our fellow Filipinos who are most in need.”