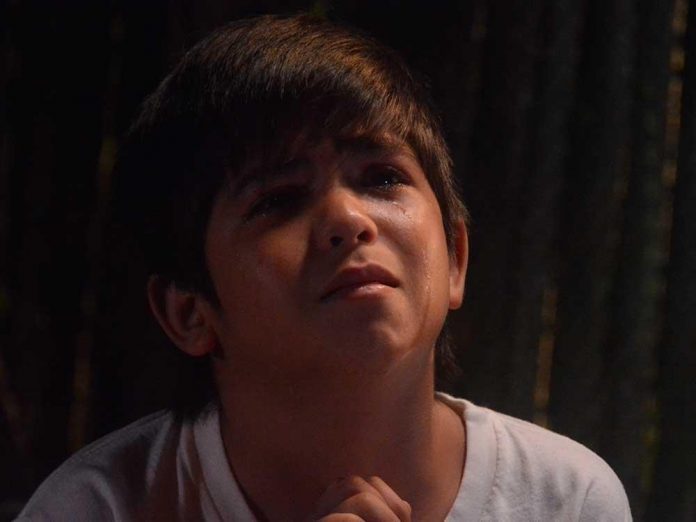 When 11-year old Alexis was left by his mother to look for a job in Manila, he suffers beating from his drunkard stepfather. He has two younger brothers and one of them, AJ, has cerebral palsy. He couldn’t talk, walk or sit down on his own. Alexis steps up and takes charge of looking after him and his other younger brother, Aljur.

But when his stepfather turns more violent towards him, he chooses to move out of their house. Yet, he’s still able to take care of his brothers by bringing them food whenever their stepfather isn’t home. Alexis takes AJ with him when their stepfather becomes more alcoholic, but Aljur chooses to stay. Almost every night, Alexis and AJ moves from one neighbor to another just to have a room to sleep over at.

Since Alexis doesn’t want to give up his studies when no one is going to take care of AJ, he brings AJ to school just so he won’t miss his classes. He treks shy of three kilometers to school carrying AJ in his shoulders. He sits in on classes, listening to his teachers’ lectures, while his sick brother rests on his lap.

One of his teachers takes notice of their situation. She takes photos of Alexis as he is seen carrying AJ in class and posted it on social media. It became viral and has gotten mixed reactions from the netizens. Others praise Alexis for showing unconditional love to his brothers while some were angered with the kids’ parents for abandoning them. His teachers helped Alexis to take Aljur with him when he, too, has already been neglected by their stepfather. They offer them one of the rooms at school as their temporary shelter, as they await being reunited with their mother.

This Saturday, December 1, Magpakailanman brings you the heartwarming and inspiring story of Alexis, as he proves that he, too, is capable of providing love and care for his brothers, despite his age and the sufferings that the world has put on his little shoulders.