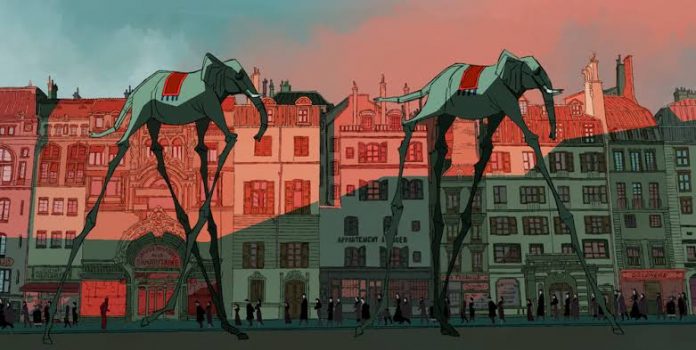 Pelicula Spanish Film Festival enters its 18th edition this October as it continues its tradition of showing the best in contemporary Spanish cinema at Greenbelt 3 in Makati.

Presented by Instituto Cervantes, the Embassy of Spain, Turespaña, and the Film Development Council of the Philippines (FDCP), the 2019 Spanish Film Festival will showcase more than 20 acclaimed and award-winning films.

As an annual celebration of Spanish cinema, the first leg of the festival will be held at Greenbelt 3 Cinemas from October  3 to 13. It will conclude at the Cine Adarna-UP Film Institute at UP Diliman, Quezon City from October 23 to 24. The second leg will feature a selection of the programmed films, including the winner of the Audience Choice Award.

This year, viewers will be treated to diverse genres ranging from comedy, drama, historical, thriller, documentary, fantasy, and even animation for adults.

Buñuel en el laberinto de las tortugas (Buñuel in the Labyrinth of the Turtles), which was preselected by the Spanish Film Academy for the next Oscars will be the festival’s opening film.

Not to be missed are dramas like No sé decir adiós (Lino Escalera, 2017), Quién te cantará (Carlos Vermut, 2018), and Litus, recipient of the best film award at the 2019 Malaga Film Festival and El mejor verano de mi vida (2018), both by Dani de la Orden.

A TRIBUTE TO FILIPINO CINEMA

In its bid to foster Filipino-Spanish cultural ties and pay tribute to the Centennial Year of the Filipino Cinema, it will screen TBA Studios’ documentary Habambuhay (2019) to be presented by its director Clodualdo del Mundo.

Habambuhay is a documentary that commemorates the people behind and in front of the camera who shaped the Philippine movie industry.

It features archival footage, clips and photos, as well as exclusive interviews with screen legends like Anita Linda, Eddie Mesa, Rosemarie Gil, and Eddie Garcia, in the actor’s last in-depth interview before his passing. Film historian Nick Deocampo will also deliver a talk on the origins of cinema in the Philippines.