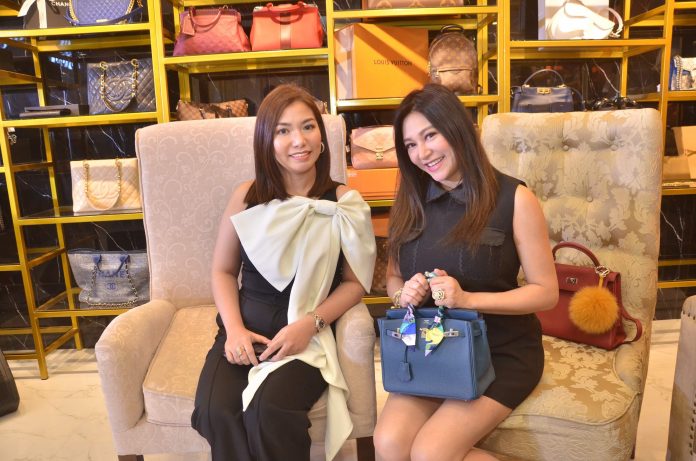 There have been inspiring Pinays who have paved the way for other Pinays in business. We are inspired by some of their achievements who have changed the face of business. One of them is Anna Magkawas, owner of LUXONLINEPH.

Living her life in Metro, Anna moved from being an engineering graduate to one of the most highly recognized business women of her time. She paved the way in both fashion and business, thanks to her baby, LUXONLINEPH.

She is believed to be one of the legit online sellers of brand new and pre-owned authentic designer bags and wallets such as Gucci, Louis Vuitton, Prada, and Hermes.

In a sitdown interview, the businesswoman said that it’s not the price or the brand that drives her to buy more bags but it’s the feeling of rewarding herself from working very hard.

What’s also impressive is that she’s able to reach her dream of having her own physical stores. In 2017, she opened her store at Market, Market, BGC Taguig. The second store opened in 2018 at Ayala Malls South Park, Alabang, Muntinlupa. And the latest store opened this year at UPTOWN Residence, BGC.

LUXONLINEPH’s owner made a huge impact for selling authentic designer bags, also on social media. With 80 thousand followers on instagram, she always makes sure that what she puts there is authentic. Not just the bag that should be authentic, but herself. She wants her buyers to see her truest and honest self.

She just showed that women could innovate and sell. Running a business is a tough job but she finds way to make it light by vlogging (Bag Talks by Anna). So impressive that millions of Filipinos are watching her celebrity bag raids.

Magkawas uses her force for good that’s why she’s so successful. She is here to stay forever. She continues to inspire more women to always pursue their wildest dreams.

The kind lady boss wants to empower all women. Her energy and drive are truly admirable. Her honest approach to life is so moving.

You can also visit her social media accounts: