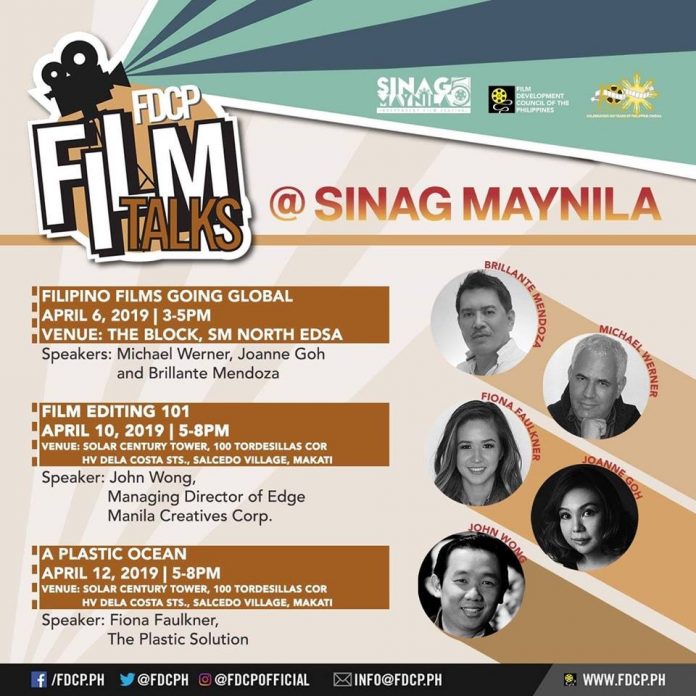 Film editor John Anthony Wong will conduct a free workshop at the Solar Century Tower today, from 5 p.m. to 8 p.m., as part of the 2019 Sinag Maynila Independent Film Festival.

Wong, who also serves as managing director of EDGE Manila Creatives Corporation, will discuss the post production workflow of editing a feature film from offline to online editing to final delivery, with emphasis on understanding the philosophy, practice and importance of an editor’s role in the filmmaking process. There will also be an introduction to the preparation of a feature for digital cinema package or DCP mastering and cloud distribution.

“I will be talking about the importance of a post production workflow, the philosophy of editing and how to understand distribution formats for theatrical and online releases,” he shared.

Wong recently bagged a Film Ambassador award from the Film Development Council of the Philippines and Best Editing for “Bhoy Intsik” directed by Joel Lamangan in the Foreign Language Film category of the Nice International Filmmaker Festival 2018 held in France. He earned another Best Editing nomination for the same film at the upcoming South Europe International Film Festival in Valencia, Spain from May 4 to 11.

He also previously won the Balanghai trophy for Best Editing at the 2012 Cinemalaya Independent Film Festival New Breed category for “The Animals” by Gino Santos and Best Festival Editor prize at the 2010 Metro Manila Film Festival and a similar award from Gawad PASADO (Pampelikulang Samahan ng mga Dalubguro) for “Rosario” by Albert Martinez.

Wong, who has been editing movies since 2000, has also worked with Mel Chionglo, Jun Lana, Quark Henares and the late Gil Portes, among others. He has also been nominated for his work several times by FAMAS, Golden Screen and Star Awards.

Aside from his professional work as a film editor, he also taught and shared his vast post-production knowledge at the film department of De La Salle-College of Saint Benilde School of Design and Arts, De La Salle University-Manila, La Consolacion College-Manila, College of the Holy Spirit-Manila and University of Makati. He also shoots and directs short films, music videos and corporate videos. He is a graduate of Ricky Lee’s 14th scriptwriting workshop.

The editing workshop, which is part of the FDCP Film Talks @ Sinag Maynila, is free and open to the public. For interested participants, please email jayveesantos.fdcp@gmail.com for RSVP.