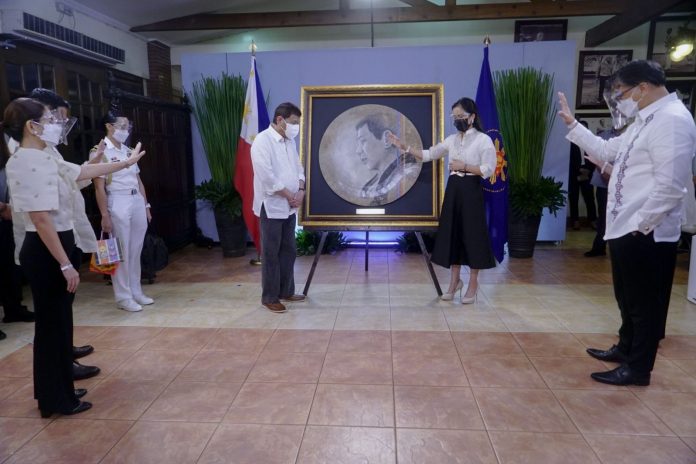 Kristine Lim’s artworks are now officially part of the National Archives of the Philippines and the Presidential Museum and Library of the Malacañan Palace.

The “Artist on a Mission” was commissioned by a group of supporters of the Dutertes to paint portraits of the President and Senator Bong Go.

The group is believers in the administration’s initiatives, campaigns, programs, and leadership. The artworks were given to express the group’s gratitude to the two leaders for all that they do, especially leading the country during these trying times.

The official turnover of Lim’s works was attended by  Sen. Go and the President himself, Rodrigo Roa Duterte, and their supporters.

Lim, being not just an artist but also a missionary, took the opportunity to pray over the president and the senator.