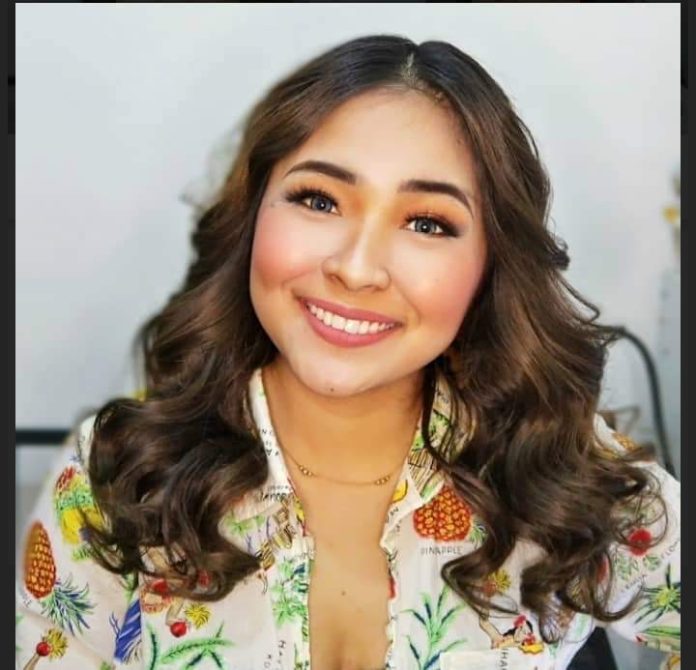 RJA Productions artist Alisah Bonaobra is a determined young lady who wouldn’t mind going great lengths to pursue her dream and work hard to make good in her chosen career.

At the moment, she undergoes music training and is currently taking up Bachelor of Music, Major in Music Theater at the University of Santo Tomas.

Although we were in the middle of a pandemic when she signed up with RJA Productions, Alisah refused to be daunted by the challenge posed by the health crisis that crippled the world. She continued singing with passion.

She is willing to go a step further in order to enhance and improve her talent as a singer.

She comes to performances ready to give her best to entertain the crowd. No matter the accolades that came her way, Alisah remains level-headed and looks forward to better herself as a world-class performer.

Alisah was surprised but delighted when she learned that award-winning composer Cecile Azarcon-Inocentes tapped her to be part of her upcoming concert.

This November, along with other artists, Alisah is going to the US to do a concert tour.

Aside from doing a concert with the revered composer, she will likewise embark on a concert tour, a recording collaboration with international singers and will also do her own recording in the US with the legendary Cecille Azarcon.

Things are definitely looking up indeed for the talented singer who hopes to gain the respect of the music-loving people of the U.S.

She humbly admits being proactive when it comes to improving her talents and skills by learning everything and anything about music.

This passion to improve as a singer led her to explore another facet of music – songwriting, which enabled her to create an original composition titled, “Walang Iwanan.”

“I was amazed how this song came to my mind with both melody and lyrics at the same time, it felt surreal. I composed “Walang Iwanan” in 2020, the year when the Covid-19 pandemic was at its peak, the same year that my family unfortunately lost our grandfather,” Alisah recalled.

She wrote the song while was trying to sleep. She was really anxious at that time so she started to hum some music in her mind and also thought of the lyrics as well. She was encouraging herself to never lose hope because God will always be by her side.

She recorded it using her phone’s voice recorder. What was just a personal calming mental exercise to put her to sleep turned into a new song for Alisah that was released by her management label RJA Productions, LLC.

Alisah shared how this came about, “One night, at our RJA Productions’ virtual meeting, our very supportive manager, Tita Rosabella told us to try composing our own songs. I told her that I recently finished one called ‘Walang Iwanan’. After she listened to it, she told me that she would like to release it officially under RJA Productions.”

She made some minor changes in the lyrics after she took online songwriting classes. One day, her manager surprised her by saying the music arrangement was already done was delighted when she listened to the final output.

The audio was recorded in the studio last year followed by weeks of dance rehearsals as preparation for the official music video.

“Walang Iwanan” was released on all digital platforms worldwide on July 8 with the music video debuting on July 15. “I just couldn’t believe that I wrote it and that I can now be considered as a singer-songwriter!” she exclaimed.

The release of her first composition motivated Alisah to write more original materials. She was inspired by the trust of her manager who encouraged to continue composing. Singing her own composition gives her a different kind of fulfillment.