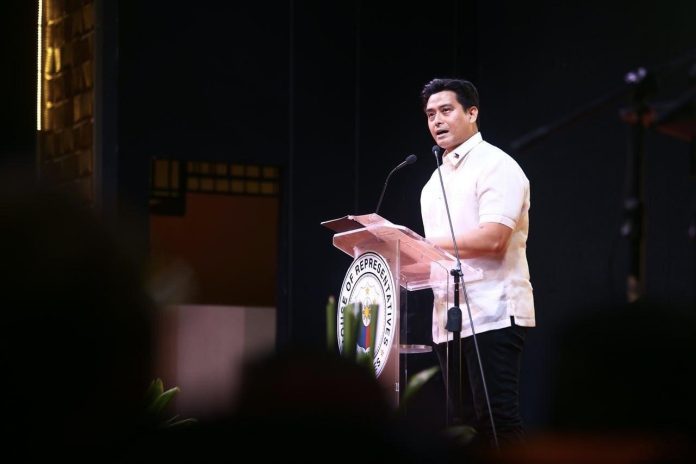 QUEZON CITY— In an emotional tribute to his constituents, Rep. Alfred Vargas gave his last State of the District Address (SODA) as the Representative of the Fifth District three days before his three-term tenure officially ends.

Vargas recounted his achievements as a top performing legislator and reminisced about his humble beginnings in politics as an actor-turned-“bagito” councilor in the Quezon City Council in 2010, when he decided to take a break from his promising acting career.

He recounted how he chose “Bayan bago sarili.”

As councilor, Vargas authored legislative breakthroughs such as the establishment of the Quezon City Persons with Disability Affairs Office (PDAO).

Soon after, he was elected as the first Representative of the newly-created Fifth District, constituting 14 barangays in Novaliches.

Since 2013, Vargas filed a total of 1,256 house bills and resolutions, 87 of which have been enacted into law. For his achievements, he was awarded the Congressional Medal of Distinction at the adjournment of the 18th Congress.

Vargas also chaired the social services committee of the 18th Congress at a time when Filipinos needed assistance to address the socioeconomic impacts brought by the pandemic.

He undertook policy initiatives to ensure that social protection services from the government would fully benefit the people. This included the Bayanihan to Recover as One Act and COVID-19 Vaccination Program Act, both of which he was principal author.

He also recounted how, despite the strenuous work of law-making, he always had time to implement district-level projects.

The said program has benefited almost 15,000 scholars, 25,000 livelihood assistance beneficiaries, and more than 30,000 individuals in need of medical assistance.

Vargas, now a returning member of the Quezon City Council, mentioned that his legacy will be continued by his brother and successor, Representative-elect PM Vargas.

He called on his brother to exceed what he has done for their constituents because they “deserve nothing less than the best.”

Vargas also thanked his family and friends for their unequivocal support all throughout his career, especially his wife Yasmine and their children—Alexandra, Aryana, and Cristiano.

To his kids, Vargas said that he strives to be the best man that he can be because of them and impressed on them what being a true Novalenyo means.