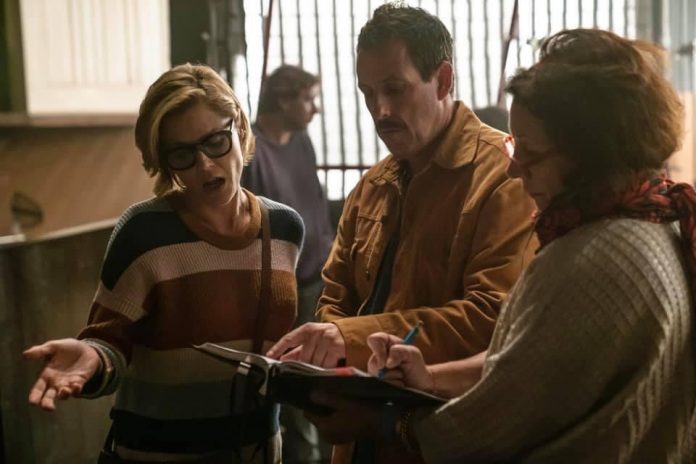 Hubie Halloween is this weekend’s most popular movie over at Netflix and almost certainly the most-watched movie this weekend.

The kid-friendly Halloween comedy, kind of a newfangled riff on Jim Varney’s Ernest P. Worrell movies, was initially viewed as Sandler’s delivery on a threat to make an intentionally terrible movie if he failed to win an Oscar for Uncut Gems.

Not only is this not that movie (it was shot before the awards season), but it is one of Sandler’s most acclaimed live-action comedies ever.

That makes some sense as the flick is a willful ode to the underdog male escapist fantasy comedies, closer to The Waterboy than That’s My Boy, that made Sandler a mega-star in the first place.

Hubie Halloween absolutely is an old-school throwback to the “PG-13 but okay for kids,” mainstream, triumph of the underdog Adam Sandler movie.

Heck, it even reteams him with Happy Gilmore co-star Julie Bowen.

The film, about a town outcast who spends his days obsessively making sure that the townspeople stay out of trouble who then gets puts to the test when genuine peril strikes on Halloween night, is a “classic” Sandler character (goofy voice, man-child personality, awkward mannerisms, questionable intelligence, overriding decency, etc.).

While some of these films involve Sandler’s protagonist realizing his own worth, this time it’s the townspeople who finally come to appreciate their overzealous protector.

It feels like an affirmation of the cultural value of the conventional Sadler comic vehicle, with its ode to oppressive decency and goodness stinging sharper in 2020 than it might have in 2010.