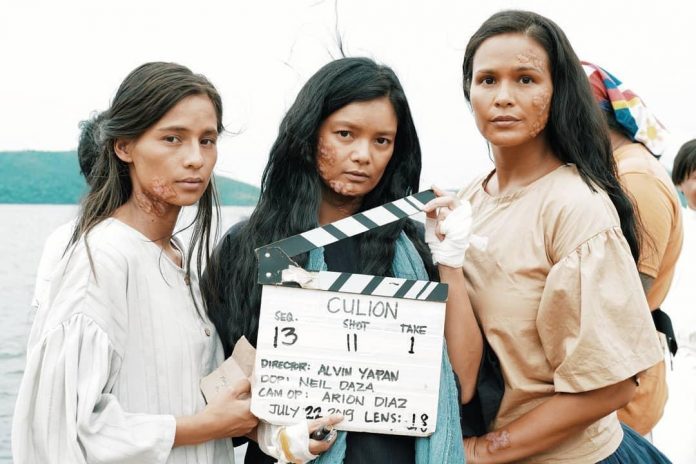 Who’s excited for an acting showdown?

We were all excited when producer Shandii Bacolod announced Iza Calzado, Jasmin Curtis, and Meryll Soriano as the lead stars for Culion.

In the trailer released online, it captured the acting magic of Iza, Jasmin, and Meryll. It was like watching the whole film as the trailer told everything we needed to see.

There’s no doubt how brilliant these actresses are. Imagine them delivering lines from the script of the great Ricky Lee.

It’s an acting showdown for the three of them. Iza has that strong visual presence, Jasmin has that candid personality, and Meryll has that honest, raw acting.

We’re all hoping that this film directed by Alvin Yapan will make it to Metro Manila Film Festival (MMFF) 2019. It’s a good platform to showcasing Culion and its untold story.

According to MMFF, they will announce this coming October 16 the four entries that will complete Vice-Anne tandem, Vic-Maine, Aga-Bela, and Carmina-Mylene.

Culion is one of the top picks. The trailer also created noise when actor John Lloyd Cruz appeared. Also, discussions were heated, saying that JL was used to promote the movie.

Bacolod clarified that the actor’s role is very special. At the end of the day, with or without JL, the public will still watch the movie because of its good, interesting story.

In the 1940s, Anna, Doris and Ditas are three leper patients who live in Culion at a time when the disease is practically a life sentence. No cure has yet been found, and no one is allowed to leave.

You live and die there. It is why the place is called the Land of the Living Dead.

Anna (Iza Calzado) never loses hope that soon a cure will be found, even when her baby is taken away from her. Doris believes in the myth that a beautiful diwata will soon heal the place. Ditas (Meryll Soriano) keeps attempting to kill herself, helpless against the onslaught of memories from the outside world.

Together the three friends try to negotiate a life of stigma that seesaws between hope and despair, redefining their roles as women, mother, friend, and human being. In the end they prove that neither disease nor death can erase their humanity and their capacity to endure.