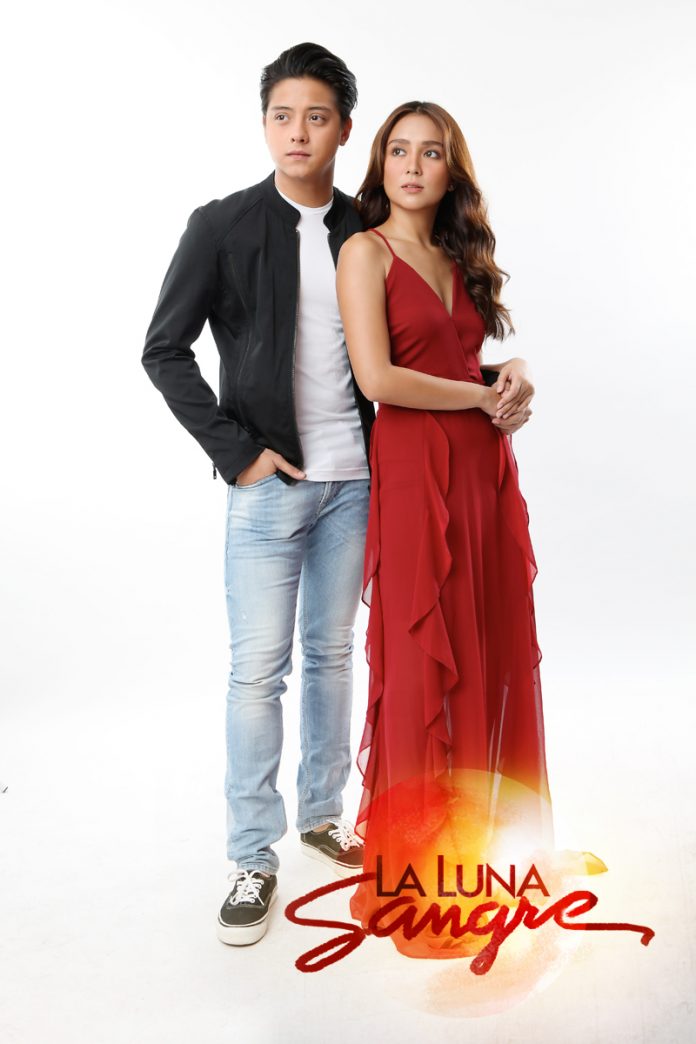 ABS-CBN once again enters the world of werewolves and vampires as the much-awaited epic saga “La Luna Sangre” soon airs on primetime television, starring the undisputed number one loveteam in the country, Kathryn Bernardo and Daniel Padilla with Angel Locsin, John Lloyd Cruz, and Richard Gutierrez.

The series, directed by box-office director Cathy Garcia-Molina, marks the return of KathNiel to television after their successful series “Pangako Sa Yo” and their box-office movie “Can’t Help Falling in Love,” which paved the way for them to be labeled the “P1 billion love team.”

Meanwhile, making his debut in an ABS-CBN teleserye is newest Kapamilya Richard Gutierre, who plays the role of Sandrino, the king of the vampires who will stand in the way of Malia (Kathryn) and Tristan (Daniel).

Aside from KathNiel and Richard, fans are also eagerly anticipating the special participation of Angel Locsin and John Lloyd Cruz, who will open the epic story and reprise their well-loved characters Lia and Mateo. The series revolves around the prophecy called “La Luna Sangre,” which says that the child of the most powerful vampire and the chosen wolf will end the evilness of the vampire imprinted with the cursed ink.

“La Luna Sangre” is produced by Star Creatives, the production group behind successful series “Lobo,” “Imortal,” “Got to Believe,” “Pangako Sa Yo,” “Forevermore,” “Dolce Amore,” “Pusong Ligaw,” and “A Love to Last.”