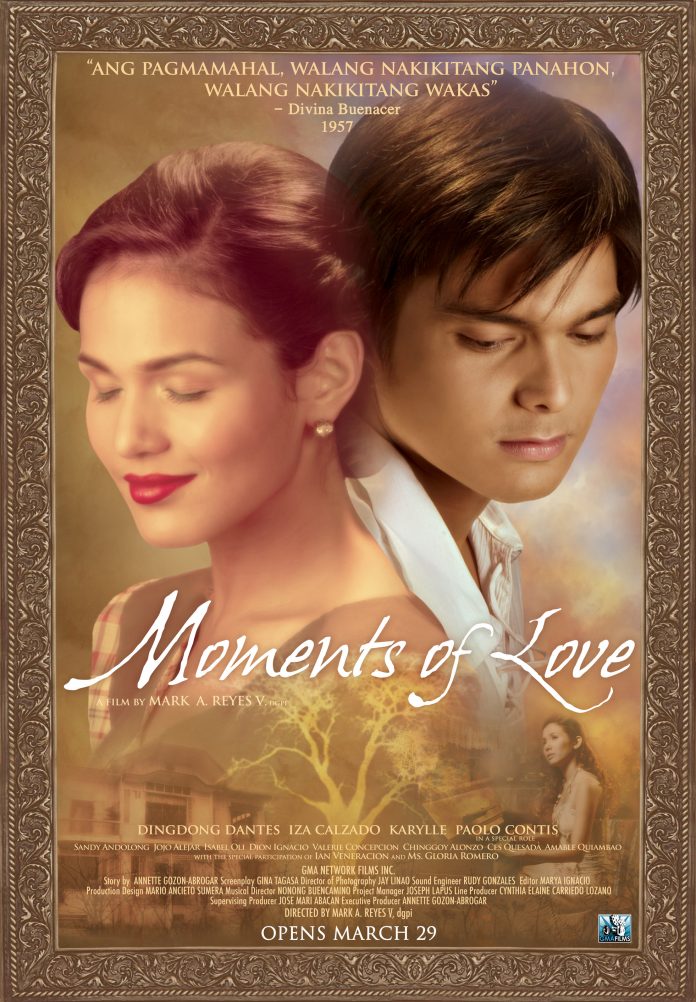 Seven movies from GMA Network will once again work its magic on screen in this year’s much anticipated Pista ng Pelikulang Pilipino (PPP) Festival happening from November 20 to December 13.

The online film festival, organized by the Film Development Council of the Philippines (FDCP), will surely keep cinephiles entertained as they enjoy quality films and documentaries right in the comforts of their own home.

Under Romance, catch the enchanting story of ‘Moments of Love’ wherein time curved for two people – Marco (Dingdong Dantes) and Divina (Iza Calzado) – to meet and part. Marco’s yearning leads to a telephone conversation with Divina, who is the daughter of a haciendero. They find solace in each other even though Divina lives in the past (1957) while Marco lives in the present (2006).

Multi-awarded comedian and content creator Michael V.’s labor of love and directorial debut ‘Family History,’ which gained rave from viewers when it premiered last year, will air under the Youth and Family category. It features the life of Alex Dela Cruz (Michael V.), a happily married man who finds himself at a crossroad when a life-changing disease challenges his marriage to his wife, May (Dawn Zulueta). This family drama movie also stars Miguel Tanfelix, Bianca Umali, John Estrada, Paolo Contis, Ina Feleo, Kakai Bautista, and highly-respected actor Nonie Buencamino.

Meanwhile, award-winning film ‘Saranggola’ starring Ricky Davao makes a comeback under Pang-Oscars, following the heartwarming story of widowed ex-cop Homer and his ten-year old son Rex. As they separately wrestle with their consciences over a shared incident involving crime, the neighbors find out and chaos soon ensues.

In the same category is ‘Sa Pusod ng Dagat,’ which returns to share the journey of Pepito, growing up in a remote fishing village in the Philippines and is destined to become the successor of his mother: the only midwife in the whole district, a job given from generation to generation. The outstanding performances of Jomari Yllana and Elizabeth Oropesa make the film a must-watch.

In the category Tribute, viewers will find the Filipino melodrama ‘Deathrow,’ which gained numerous awards, including Best Actor for the late Eddie Garcia who played the character of the old-school gangster Lolo Sinat. Thrown into lockup among hardened lifers, terrified 16-year-old Sonny (Cogie Domingo) finds himself at the mercy of various strong-arm cliques on death row after being wrongfully convicted.

Also part of Tribute is the film ‘Muro-ami’ starring Cesar Montano as Fredo, a fisherman who has endured more than his share of hardship in life; his wife and child both perished in a boating accident, and today approaches each trip to the sea with the angry determination of a man out for revenge.

These movies are offered by PPP to paid subscribers through their scheduled livestream screenings in four virtual cinemas in the FDCP Channel online.