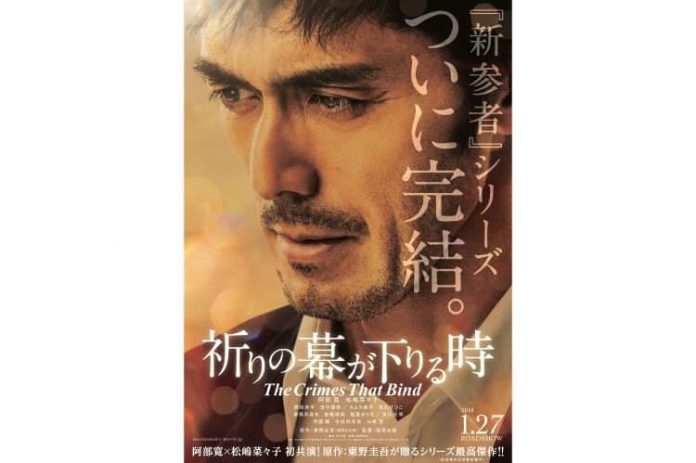 This year’s line up of the  Eigasai, also known as the Japanese Film Festival promises to be a real treat to cineastes.

Tackling topics as diverse as samurai culture and family relations, the annual event is set to give Pinoys another unforgettable cinematic experience.

In honor of the Philippines-Japan friendship month, Eigasai’s 22nd edition will run from July 3 to August 25, with 17 full-feature films of diverse genres selected for more than 135 screenings across seven major cities nationwide.

It continues its tradition of screening films to viewers of all ages and interests : from romance, comedy, action/adventure to horror, mystery, feature, historical dramas and all-time favorite anime films.

This year’s opening film features Samurai Marathon, directed by Bernard Rose, which is based on Akihiro Dobashi’s novel about the Ansei Tooashi, or what is known as Japan’s first marathon.

Also in the lineup are After the Storm, a family drama about an up and coming author who gets another shot at life; and The Third Murder, a psychological thriller about a convicted murderer facing death penalty, The 8-Year Engagement, a romantic drama about an engaged couple  who postpones their wedding plan when the bride falls into a coma,  Perfect World, a relationship drama about an paraplegic architect who tries to rekindle the flame with his  first love, The Crimes that Bind, a whodunit film about an unresolved death involving a theater director, a charred corpse, and a  detective, Yakiniku Dragon, an adaptation of an award-winning play about a Korean family running a yakiniku restaurant in the Kansai region in the 70s, The Tears of Malumpati, a touching drama about  the friendship between a Japanese woman and a 5-year-old girl that started over origami and a picture book, Laughing Under the Clouds, an adaptation of a popular manga  Karakarakemuri  about the attempt of  Kumo brothers to save the world from an Orochi snake demon after the Meiji Restoration, Kakegurui, a tale  of students at an elite school who get threatened upon the arrival of a compulsive gambler ready to disrupt the hierarchy of their council, Mixed Doubles a dramedy about a table tennis girl wonder who returns home to reconnect with her mom’s old tennis club in her quest to beat her ex, One Cut of The Dead, a horror-comedy about an  indie film crew who encounter unwanted guest while shooting a zombie movie in an abandoned building in a mountain , Lu Over the Wall, an animation about a gloomy middle school student whose life changes after meeting Lu, a mermaid, and   Mirai, an adventure movie about a little boy who meets a teenage girl from the future who claims to be his newborn sister.

The JFF-Eigasai is open to the public and is free of charge, with the exception of films to be screened at Red Carpet Cinema, which will be P100 per screening.