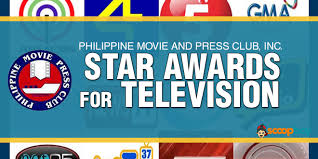 Rappler’s Maria Ressa was given the Excellence In Broadcasting Lifetime Achievement award while caliber actress Ms. Coney Reyes was conferred the Ading Fernando Lifetime Achievement. The tandems of Liza Soberano and Enrique Gil (LizQuen), as well as Maine “Yaya Dub” Mendoza and Alden Richards (AlDub), were given the German Moreno Power Tandem Award. Richards’s presence was overpowering. To halt the ensuing pandemonium — caused by hordes of fans who want to get near, take a glimpse of the actor and have their photos taken with him—he has to be taken out to a private, guarded room at the backstage.

Aside from the tandem award for Richards which he received minus the equally phenomenal Mendoza, the actor clinched the best actor award for his performance in GMA Newtork’s Ilustrado, which was hailed Best Drama Mini Series.

Overall, it was a happy evening for everyone, the award organizer/producer, winners, fans and expectators.

Best Reality Show
· I Do (ABS-CBN)