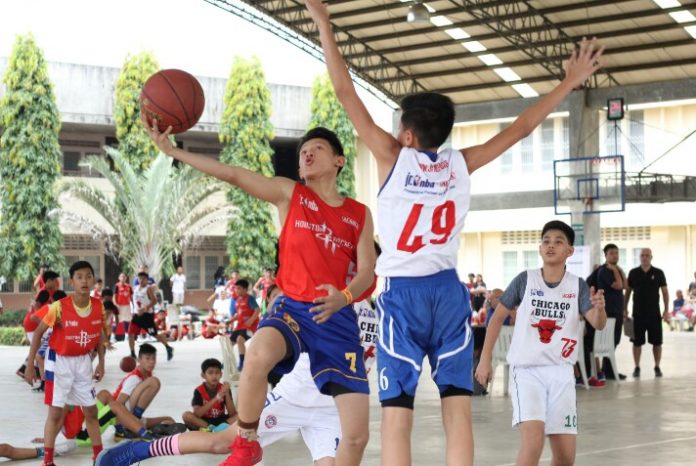 Seven boys and three girls will represent Visayas at the National Training Camp of Jr. NBA Philippines 2018 presented by Alaska that will be held in Manila on May 18-20.

Returning for the third time since 2007, the Bacolod edition tipped off the nationwide series of Jr. NBA Regional Selection Camps, hosting over 400 aspiring boys and girls at the Trinity Christian School on Feb. 10-11. The 10 selected athletes received world-class basketball instruction from Jr. NBA coaches, led by Coach Carlos Barroca and Alaska Ace Tony Dela Cruz, excelled in a variety of basketball activities and competition, and embodied the Jr. NBA core S.T.A.R. values of Sportsmanship, Teamwork, a positive Attitude and Respect throughout the camp.

“We have kids in Visayas that showed a tremendous amount of potential at a very young age. We hope they will continue to work on their games and look forward to seeing their growth in our future camps within the region,” said Jr. NBA Coach Carlos Barroca.

During the tryouts, former PBA player Tony Dela Cruz shared advice on how participants can improve on and off the court.  “Listen with both eyes and ears and pay attention to your parents, teachers and coaches to achieve more.  Try your hardest in everything you do and as long as you try, you will always learn and grow.”

The Visayan contingent of Jr. NBA campers will compete with the top players from the remaining Regional Selection Camps in Butuan (February 24-25), Baguio (March 17-18) and Manila (April 21-22) at the National Training Camp where the next batch of Jr. NBA Philippines All-Stars composed of the most outstanding eight boys and eight girls will be selected. The 2018 Jr. NBA and Jr. WNBA All-Stars will be rewarded later in the year with an authentic, overseas NBA experience. Boys and girls aged 10-14 can still register to the Jr. NBA clinics and Regional Selection Camps at www.jrnba.asia/philippines, where the program terms and conditions can be found.